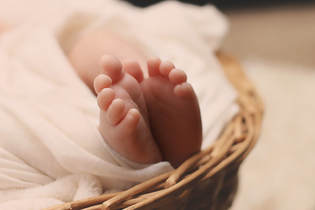 Many families want to adopt. Sadly, many can't afford it.

Moses was a Hebrew baby born in Egypt during a time when Pharaoh ordered all baby boys to be killed. Moses' mother, fearing for her child's life, placed him in a basket and hid him among the reeds in the river. Pharaoh's daughter adopted him and raised him as her own in the royal palace. Even though he was raised as an Egyptian prince, he never forgot that he was a Hebrew. God eventually instructed Moses to go back to Egypt and free his people. Moses, one of the most influential men of the Bible, was conflicted by his Hebrew ancestry and his Egyptian upbringing. Yet through his conflict, he was able to use both to become successful and to fulfill his calling.

Over at Adoptive Families: The Resource & Community for Adoption Parenting, Eliza Newlin Carney states that "the cost of a domestic adoption varies widely, from under $15,000 to more than $50,000." The sad reality is that international adoptions aren't any cheaper. The fees associates with adoption include such things as applications fees, home study fees, legal fees, advertising fees, travel fees, visa fees, after placement fees, and counseling fees.

For a family that wants to adopt, it'll take anywhere from 2-3 years to raise all the funds needed for their adoption. There are many resources available both locally and online that help these families organize and raise their money. While we encourage this active participation, we also want to help out. Sometimes, the family needs just a bit to reach their end goal.

That is where Little Brown Suitcase Ministries can help. We offer an Adoption Grant - a grant that is available to the family to get them to their end goal. We recognize that we can't provide it all, but a little bit goes a long way.